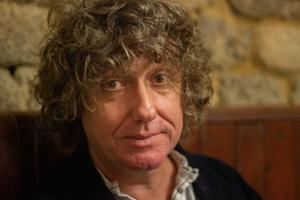 If you are into irish trad music then you have to know about brendan ring. He’s a uileann pipes master as well as a harp player. He’s also a pipe maker and a tune composer. Many of his tunes that he composed during the nineties are nowadays played all around the world in session and are very often considered as part of the traditional repertoire. He and his wife Michelle recently moved to central Brittany. That’s where I met him.